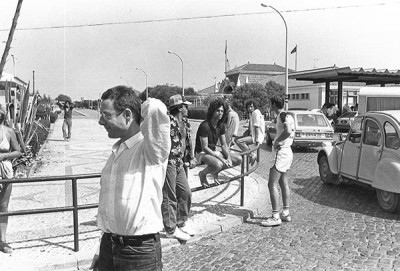 In 1982 King Crimson supported Roxy Music for seven shows in Portugal, Spain and France. The two Riviera performances, at Cap D'Agde and Frejus (August 26 & 27) were filmed and recorded for Roxy Music and, as the facilities were available, would King Crimson like to use them too? The KC video "The Noise" was shot at Frejus, in the Roman amphitheatre, without sound or light check.

The tour has several stories waiting to be told, among them:

Taken from the Sleevenotes to KCCC 4 Cap D’Agde 1982