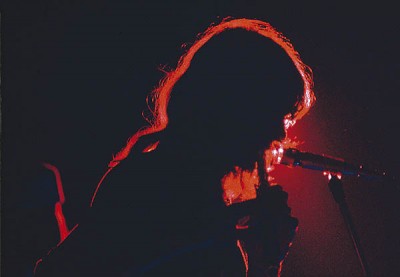 It’s not very often that one can experience their very own "Tardis" and zoom back 30 years. That happened to me last year with the formation of the 21st Century Schizoid Band. Well not quite as I would have had to be playing with Boz, Ian, Robert and Peter instead of Ian McDonald, Michael Giles, Peter Giles and the great Jakko M. Jakszyk (he really is good by the way). I am happy that it happened this way as it made the whole event a new experience for me. Working with musicians like Michael Giles whom, let’s face it, invented KC rhythmically! And who would ever have thought that I would be working ‘side by flute’ with Ian McDonald? Least of all me!

I put King Crimson to bed a long time ago which made it a bit of a wake up call to realise, during rehearsals with the Schizoid Band, how difficult some of these classic KC songs are to play. Songs like ‘Ladies of the Road’, ‘Pictures of a City’ and of course the monster ‘21st Century Schizoid Man’. What you hear when you put on Live in Orlando, Florida 27.02.72. is a band of four musicians who didn’t think about the arrangements or how difficult these songs are to play, we just played them! We had no fear! No “Oh-crikey! We are here, how do we get back again?” Somehow it worked and I don’t ever remember having to count the bars. Of course all of this is helped by gigging a lot and knowing each other inside out.

A lot of credit must go to Robert who under difficult circumstances, much of his own making, was also part of this phenomenon. I imagine most KC fans know of the turmoil that the various versions of this band went through and in fact Robert, during this gig, sounds very low. He doesn’t say an awful lot and at one point actually gives up (while announcing ‘Ladies of the Road’). What was he going through? However, there is some wonderfully soulful playing from him throughout. For example, in a very self-indulgent ‘Improv/Earthbound’ from Boz, Ian and myself, Robert comes sailing in, saves the planet and there is peace on Earth! Following this is a very beautiful minor to major intro to ‘Cadence and Cascade’ which, quite rightly, earns a cheer from his public (or was it Ian dropping his trousers?).

Ian is as powerful and confident as usual. Always a musical drummer, he plays the song rather than making it an exercise, not so common as you would think in drummers. His solo in ‘Groon’ is great. The VCS3 does not arrive until later on, giving Ian a chance to play. I know that at that time and in a Hall/venue the VCS3 must have sounded ‘fab’, but on record and without the use of hallucinogenics?

Boz, thrown in at the ‘deep end’ and much maligned over the years, swings like mad on pieces such as ‘21st Century Schizoid Man’. He is a natural musician, I cannot think of many who could get that together in so short a space of time. He taught me a lot through his vast record collection, a great jazz fan, no, a great fan of music! His voice I personally always loved, particularly on the more melodic songs, though I fear a touch too musical for some non-musicians.

With all this praise being dished out how can I leave dear Peter Sinfield off the list? Pete was very much a part of our development, me especially, as a team. It has to be a team to make it work, balance an’ all that. His sense of melody, I feel, was extremely important. To add to that and just as important, his friendship. That really leaves me, handkerchief at the ready, to say “see you at the Schizoid Band gigs!” And "thank you and goodnight" from me and Ian!

Taken from the sleeve notes to KCCC23 – Live in Orlando