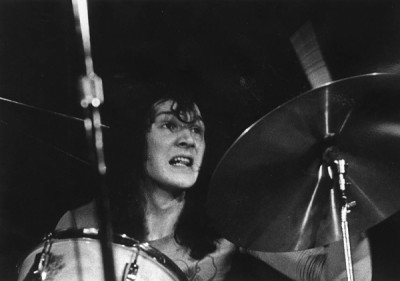 Ian Wallace was a busy, in-demand drummer following his time in King Crimson both on the live circuit and recording studios in his adoptive United States. Among his colleagues were Peter Frampton, Jackson Browne, The Travelling Wilburys, Alvin Lee, two separate stints with Bob Dylan in the ’70s and ’90s, Warren Zevon, Crosby, Stills and Nash, Jon Anderson, Eric Clapton, Steve Marriot, Joe Walsh, Don Henley, Bonnie Rait and many, many more. Though their relationship had frayed at the end of the Earthbound tour in 1972, his rapprochement with Robert Fripp came when the guitarist began his dispute with EG Management attempting to wrest control of the KC catalogue and gain unpaid royalties.

Moving to Nashville in the late ’90s, Wallace later became friends with Adrian Belew, occasionally meeting up with Robert Fripp on his visits to Belew’s house and studio complex. In early 2003, Wallace recalled he was on the road and “depressed in a van somewhere in Colorado when Mel rang me on my phone and asked me if I wanted to join the band”. Replacing Michael Giles, he played Russia, Italy, Greece, Holland, Belgium, France, Spain, Japan, Mexico and the West and East coasts of the USA with the 21st Century Schizoid Band. With no label or finance behind the group, playing in the band was a labour of love, Wallace said, going on to forcefully point out: “Without Jakko pulling everything together, we wouldn’t have been able to play a single solitary note.”

Writing in 20XX Wallace noted "Playing this music again after 30 years was just so much fun. It made me feel like I was 25 again. Especially doing it with my old mate Mel, who hasn’t lost a step. I hadn’t played with Peter (Giles) previously, though I had played with Ian (McDonald), albeit briefly in the late ’70s, though I’d got to know him and he’s a good friend, but Jakko? Now there’s a revelation. Do you know how difficult it is to sing so superbly and play those extremely difficult Fripp licks at the same time?”

Wallace’s desire to blend KC with jazz was consolidated with the formation of the Crimson Jazz Trio. Their first album, King Crimson Songbook, Volume One, was released in 2005, featuring pianist Jody Nardone and bassist Tim Landers. The CJ3 reworked KC tunes including Three Of A Perfect Pair, Ladies Of The Road, Red and Cat Food. The Crimson Jazz Trio’s King Crimson Songbook, Volume Two was released in 2009 with Mel Collins on soprano and tenor saxes.

Wallace announced in 2006 that he was suffering from oesophageal cancer. He died aged just 60 with his wife, Margie Pomeroy at his side. At Ian’s memorial service on 22 March 2007, at the Amadeus Centre in London’s Little Venice, Jakko and Mel performed Islands and Robert Fripp gave the eulogy. “Ian Wallace was a man of faith: he believed that the power of music could give life value. Few professional players retain, through a long career, their passion for music. The finest tribute I can pay to Ian, the musician, is to acknowledge that, after 40 years of professional life, his passion continued undiminished, Ian’s musicianship a reflection of his humanity.

In Ian’s playing, both as a young man and an older man, I never saw him, I never heard him, going through the motions. And, Ian’s playing was getting better. A tribute to Ian, the human being, is the observation that over the period of 35 years in which I knew him, I saw no malice.

There is no loss in a life well lived, and to its fullest extent. Perhaps, Ian’s life was not lived to the extent that was available. But what do we know, standing where we are? Shortly before Pal Wallace flew away, Ian told Margie that he felt he was needed elsewhere. And I’m inclined to the view that Ian knew what he was doing, better than any of us; and I trust Ian’s sense of timing.” 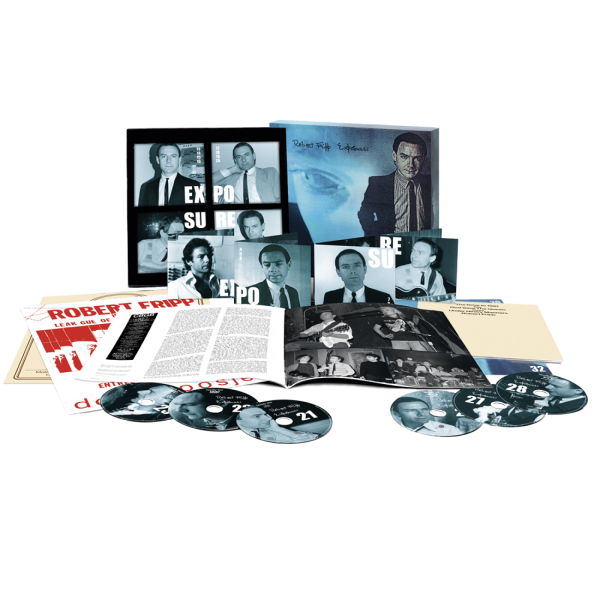 One of the most comprehensive boxed sets devoted to a single period of an artist’s career, Exposures features the complete collection of Robert Fripp’s studio and live solo material from 1977-1983, covering the period from the first Exposure sessions to the end of The League of Gentlemen and final Frippertronics concerts.

One of the most comprehensive boxed sets devoted to a single period of an artist’s career, Exposur... 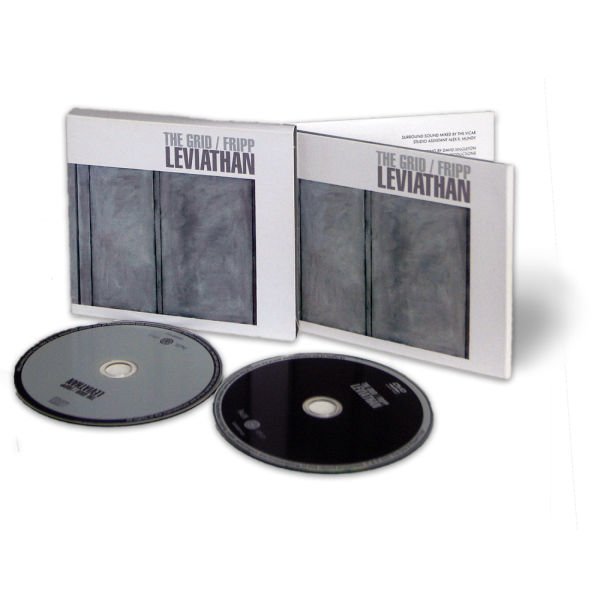 A 2021 collaborative album from electronic duo The Grid (aka Richard Norris and Dave Ball) and Robert Fripp, combining Fripp Soundscapes with synth, drums, programming and effects by The Grid.

A 2021 collaborative album from electronic duo The Grid (aka Richard Norris and Dave Ball) and Rober... 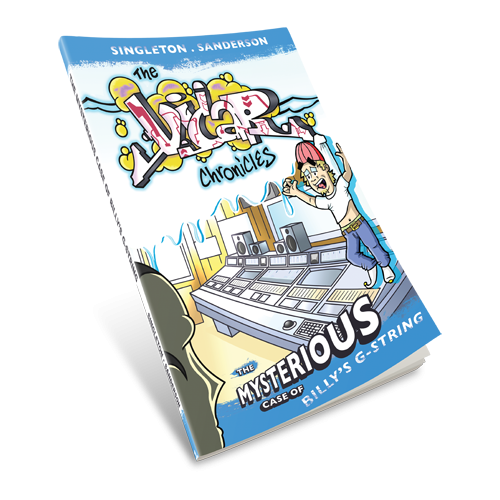 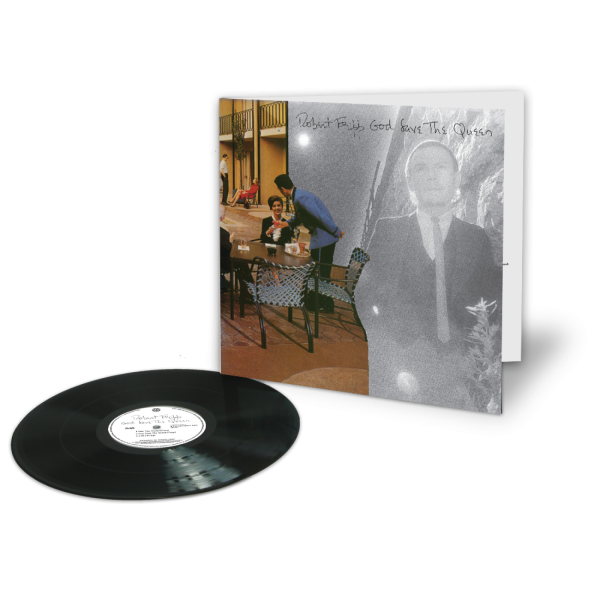 Containing one side of Frippertronics and another - featuring David Byrne plus a rhythm section of Busta Jones and Paul Duskin - of what came to be referred to Discotronics, the album provides a fascinating snapshot of Fripp's creative endeavours during the Post-Punk era.

Containing one side of Frippertronics and another - featuring David Byrne plus a rhythm section of B... 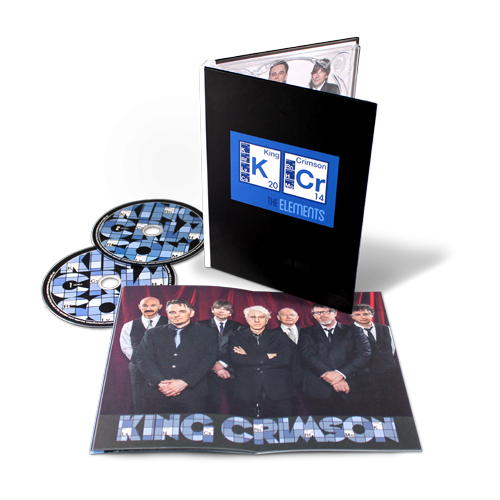 The Elements Of King Crimson is a special limited edition 'tour box' created exclusively for sale at King Crimson's concerts and via the band's official online outlets.

The Elements Of King Crimson is a special limited edition 'tour box' created exclusively for sale at... 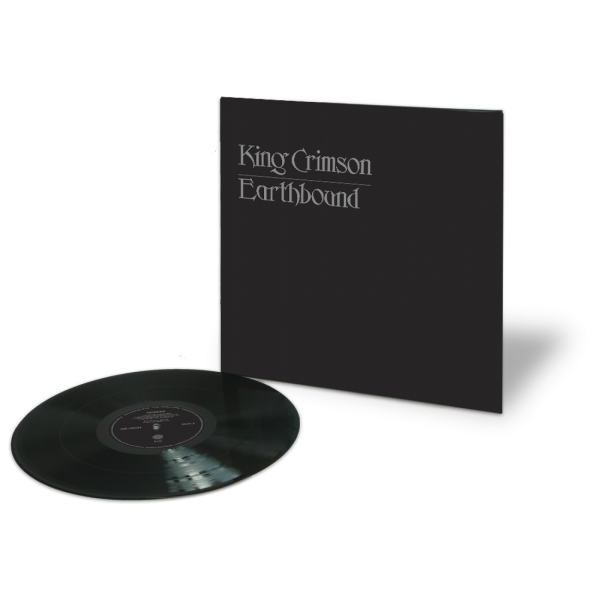 Earthbound, originally released in 1972, was one of the earliest (if not the first) “official bootleg” released by a major rock band, consisting of a series of deliberately lo-fi live recordings of King Crimson’s Islands era line-up on tour in the USA.

Earthbound, originally released in 1972, was one of the earliest (if not the first) “official boot... 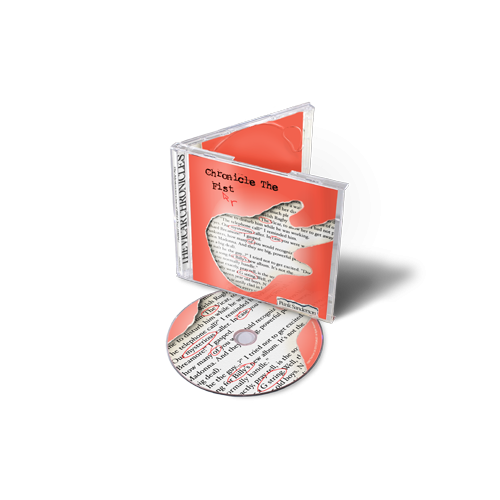 The first of The Vicar Chronicles Audiobook- Wondrous tales of misdeeds in the music industry.

The first of The Vicar Chronicles Audiobook- Wondrous tales of misdeeds in the music industry. 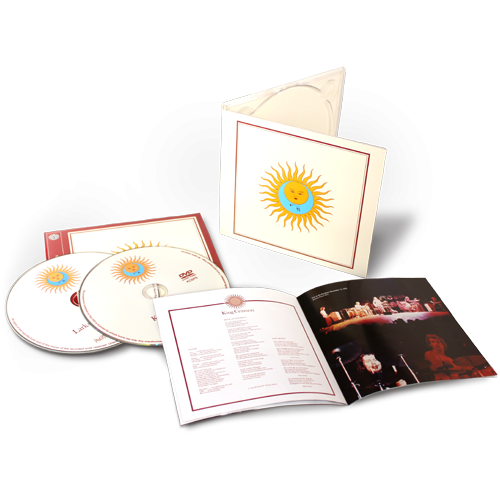 Larks' Tongues In Aspic, from 1973, is widely regarded as one of the truly great King Crimson albums. This 40th anniversary 15 disc box set is the ultimate edition of the classic album.

Larks' Tongues In Aspic, from 1973, is widely regarded as one of the truly great King Crimson albums... 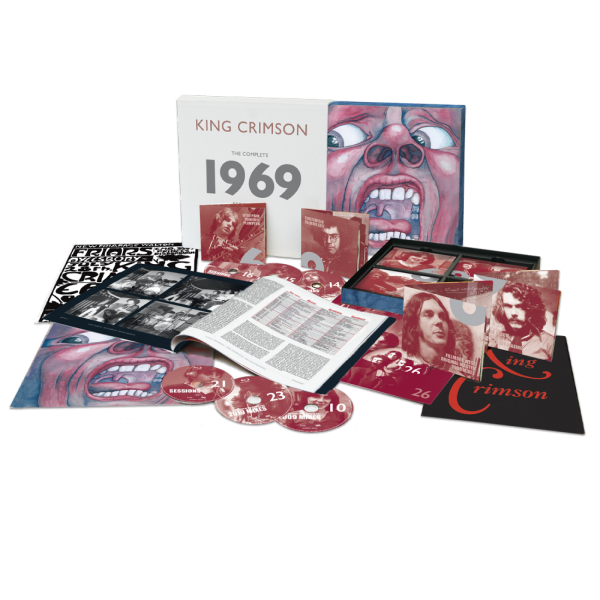 The complete audio history of one of the most important debut albums of all time presented across 26 discs (20CD/4Blu-Ray/1DVD/1DVD-A).

The complete audio history of one of the most important debut albums of all time presented across 26... 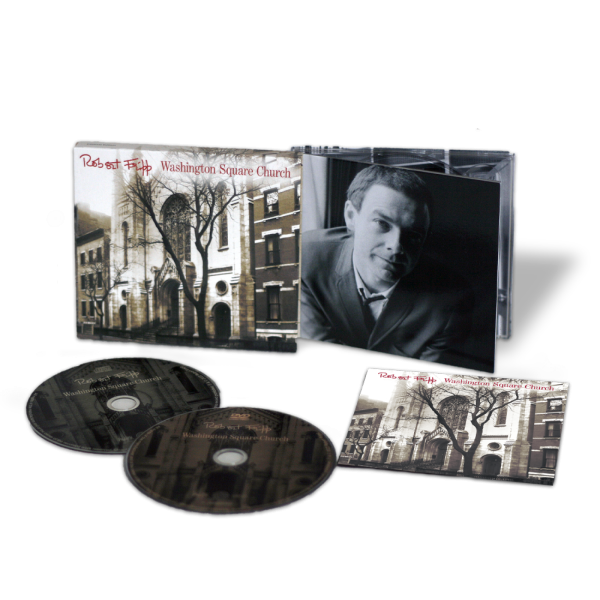 Recorded in New York City between July & August 1981, these are perhaps the finest example of Frippertronics in performance.

Recorded in New York City between July & August 1981, these are perhaps the finest example of Frippe...